There’s more to it than this. As we speak, the maple floors are being installed beneath freshly painted walls. Here’s phase 3 — just before the Men in White armed themselves with those sprayers, and the whole thing was coated in Sherwin Williams SW7005 Westhighland White.

One of the most exciting things about this very bland photo is the disappearance of popcorn ceiling texture! Tony the Texture Guy was a master — it’s all covered up with a skim coat layer. Can you imagine? It’s like those guys in France who seamlessly repair ancient stone walls, so you can’t even tell: 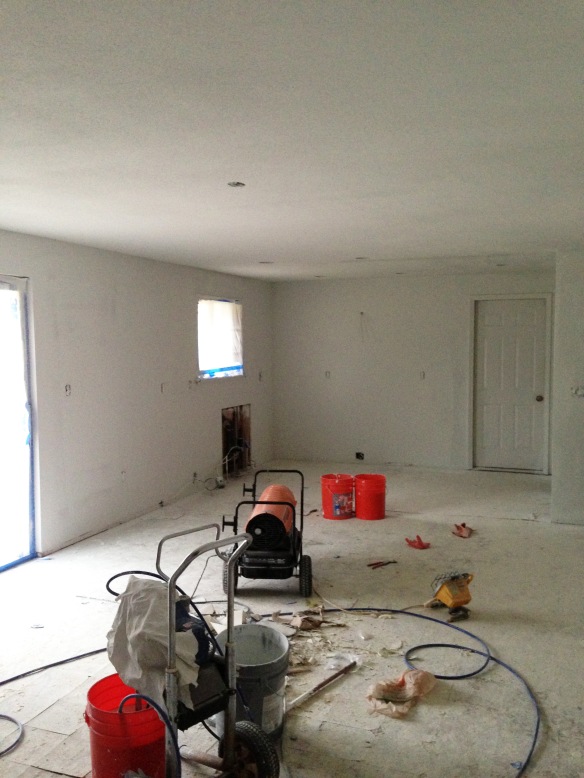 For a sense of progression, here’s a step backward — phase two (the mostly gutted room – I can’t believe we had the nerves of steel to rip out the soffits and leave gaping holes in the ceiling!):

And the original, as-puchased kitchen:

Chug, chug, chug. That’s either the sound of a train (we think we can!) or the sound of me drinking bottles of wine throughout this experience. Cheers!